HexFest: Our Riverboat Ritual for 2023!

If there is one place of spiritual potency above all others in New Orleans, it is the Mighty Mississippi River, for it is this vast current of water winding like a serpent through the center of America that has brought New Orleans its culture, its food, its spirituality, its music, and its magic. It is this wellspring of power that fuels all that we do here in the Crescent City and it is why we hold our opening ritual of HexFest on the river itself, taking you back in time on an authentic steam-powered paddleboat!

Our Riverboat Ritual takes place on the Creole Queen, a traditional-style paddleboat evocative of the early days of this Southern port town. The Creole Queen docks alongside the river not too far from the Bourbon Orleans Hotel and is one of the true floating palaces of the Mississippi River. You might feel like you're stepping back in time as you approach this venerable symbol of antebellum tradition. When you board, you'll discover that the Creole Queen is true to old-time paddleboats in every detail, evoking the enchantment of a bygone era. Embark on your voyage along the timeless waters of the Mississippi while the great 24 foot paddlewheel propels you along your way. Listen to the sounds of the jazz band or explore the ship.

Later, you'll enjoy a sumptuous buffet of southern delights, featuring menu of treasured Creole dishes from gumbo to baked fish, jambalaya to corn maque choux, while you meet fellow participants on your journey into the deep mysteries of the spirit of place.

After dinner, Brian Cain will officiate an opening ritual to align us to the energies of the work to come. The ceremony will feature an invocation of the spirits of New Orleans while the Dragon Ritual Drummers invoke the spirits with powerful percussion! This ritual is to honor the river. It is to honor the Voodoo Queen Marie Laveau. It is to honor one another. And finally, it is to honor the very magic that is the Crescent City of New Orleans. The Creole Queen is about a mile from the Bourbon Orleans Hotel. You must be pre-registered in advance for the conference in order to board and you should plan to arrive at the dock at 1 Poydras Street no later than 5:30pm, where you'll meet at the HexFest table. 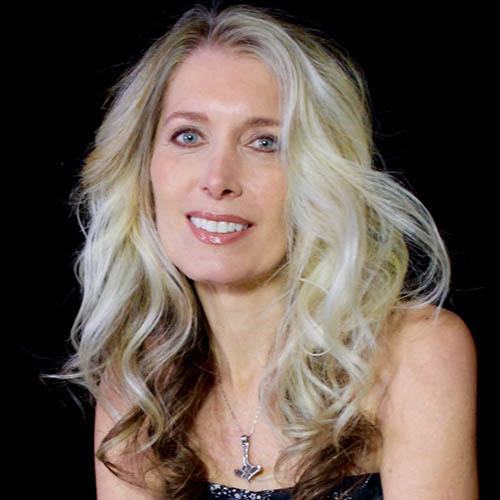 Judy Ann Nock
“Thank you for having such amazing event. You both were awesome hosts. Thank you to your staff as well. Many thanks to the wonderful presenters as well. Blessed Be!”
Mercedes, Garnerville, NY